Back to all posts

To obey is better than sacrifice! 1 Sam 15:22
Today if you hear His voice do not harden your hearts! Heb 3:7

My mission team recently went to Tanna without me! Not because I was too sick! Not because I didn't want to! Simply because God told me at the last minute not to go! Honestly, I found this so difficult because this was my team! I was meant to lead them! However, God tested my obedience not only by asking me to stay behind but even more so by asking me to step out in faith and share some dreams.
For whilst I was in Australia, God gave me several prophetic dreams to share about issues the team needed to address in Tanna.
These were hard to write because I thought I might be wrong and look foolish! Or people might think I am crazy! Despite my many misgivings though, this is what I shared:

Last night I did not sleep well, as again God gave me a vision for the village you are going to visit in the mountains. There are people who need to be prayed for, healed and know Jesus.
1. A man with a pain from under his rib cage all the way down to his groin. It feels like there is something inside him, under his skin.
Pray for evil to be removed and for the "snake" to be cast out in the name of Jesus and all pain to be gone.
2. A young girl. Something is wrong with her feet especially her left foot. I don't know what is wrong, they just look twisted and deformed in my dream. Pray for healing.
3. An older person. I see milky eyes and some gray in their hair. I have a picture of a rope around their neck! They feel like they are choking, especially at night time. You know what to do with this spiritual attack!
4. A strong and tall looking man. He has severe pain in his back. It feels like razor blades or a knife cutting him. It is worse at night time! So much so he is often afraid to go to sleep! Cast out the evil and remove all pain!
5. A young woman. She may be pregnant. She is terrified. She sees evil, she has nightmares. Pray for peace and pray she will have her eyes opened to see the glory of God and the power of Jesus!

I sent this text message to the team and left the rest to God!
Yet how amazing is God? When the team arrived and called out the issues, the villagers knew exactly who these people were. If they weren’t present they summoned them! Every one of these people existed and had those conditions! In fact there were 2 pregnant mothers with terrible nightmares and 1 young girl with deformed feet and another lady with elephantiasis on her left leg and ankle! There were also 2 older people with milky eyes and grey hair who felt as if they choking at night! In fact the team believed there was another older person as well for they had met him on the road, but he never arrived on time! Only one person was absent of the 5! The tall man with severe back pain but everyone knew who he was!

God allowed every insight to be a reality! People were healed and set free in Jesus name! After these revelations many people streamed forward for pray and to receive Jesus!

Was obeying God hard? Yes, because I wanted to lean on and trust my own understang. But by obeying God and staying behind, I was blessed to be in Australia when my granddaughter was born! By obeying God and staying behind, God allowed me to be part of the team by spiritually seeing into situations in Tanna! Obedience is better than anything I could give God either as an act of service or an offering!
What is God asking you to do? 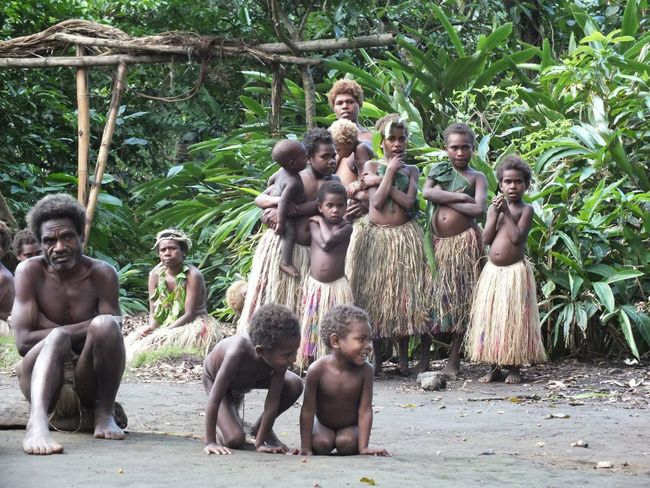